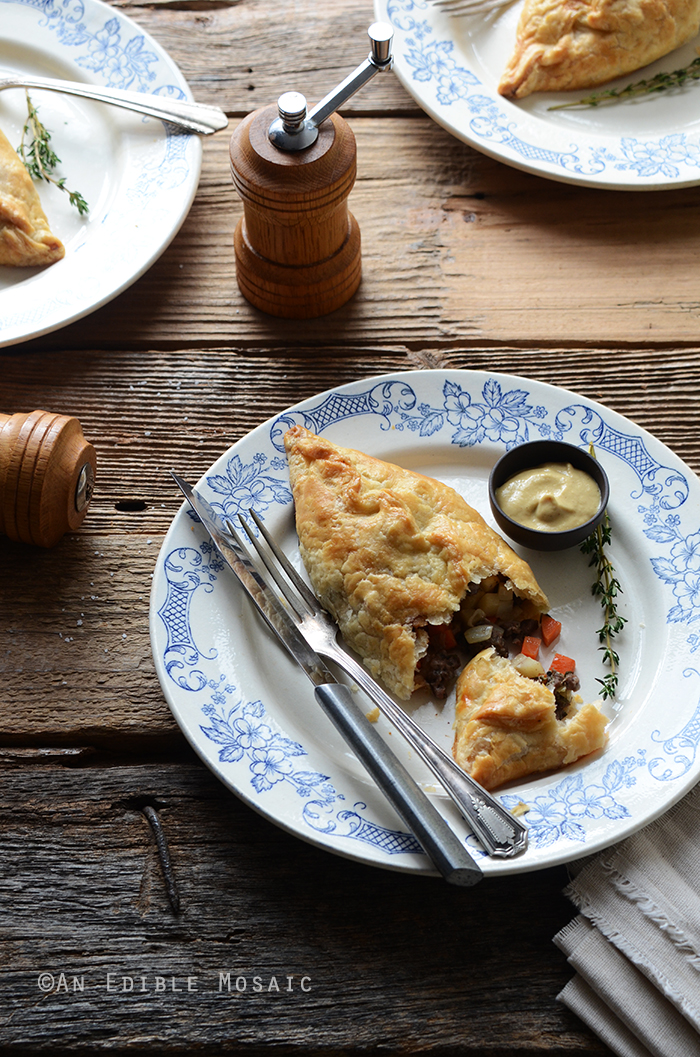 There are some TV shows that I just don’t expect to get into.

Gotham was like that for me (Batman really isn’t my thing, but oddly enough I felt compelled to not miss an episode), and Downton Abbey was as well. 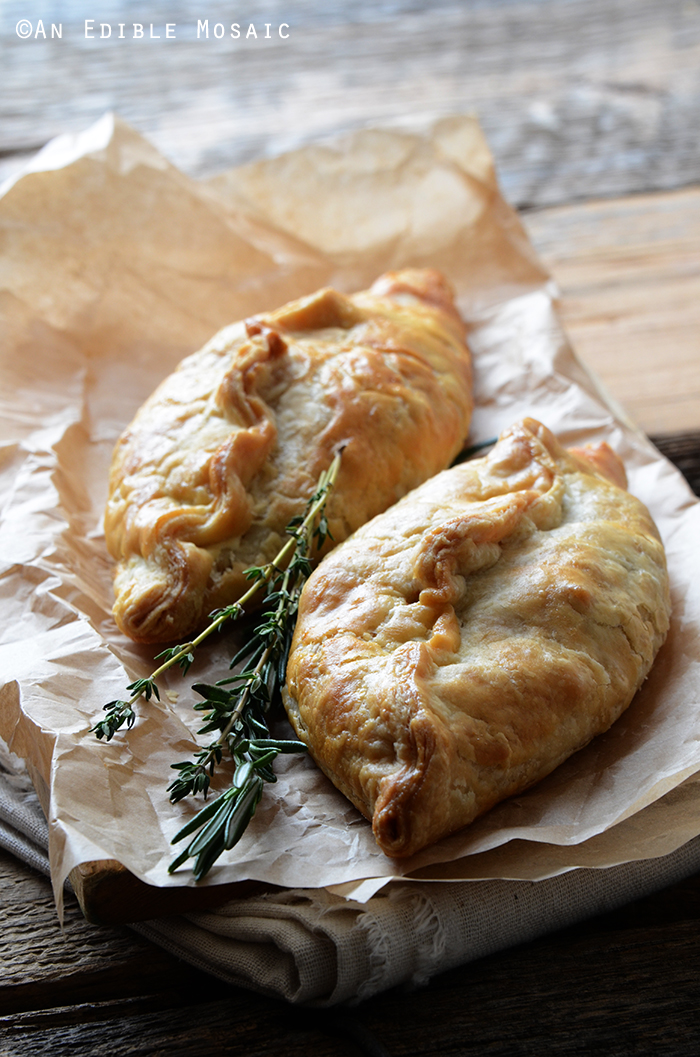 A couple years ago when a friend first recommended Downton Abbey to me, she basically described it as a glimpse into the life of people living and working on an estate in the English countryside in the first half of the 1900’s. She laughed as she assured me that it was a lot more interesting than it sounds.

And she was completely right. 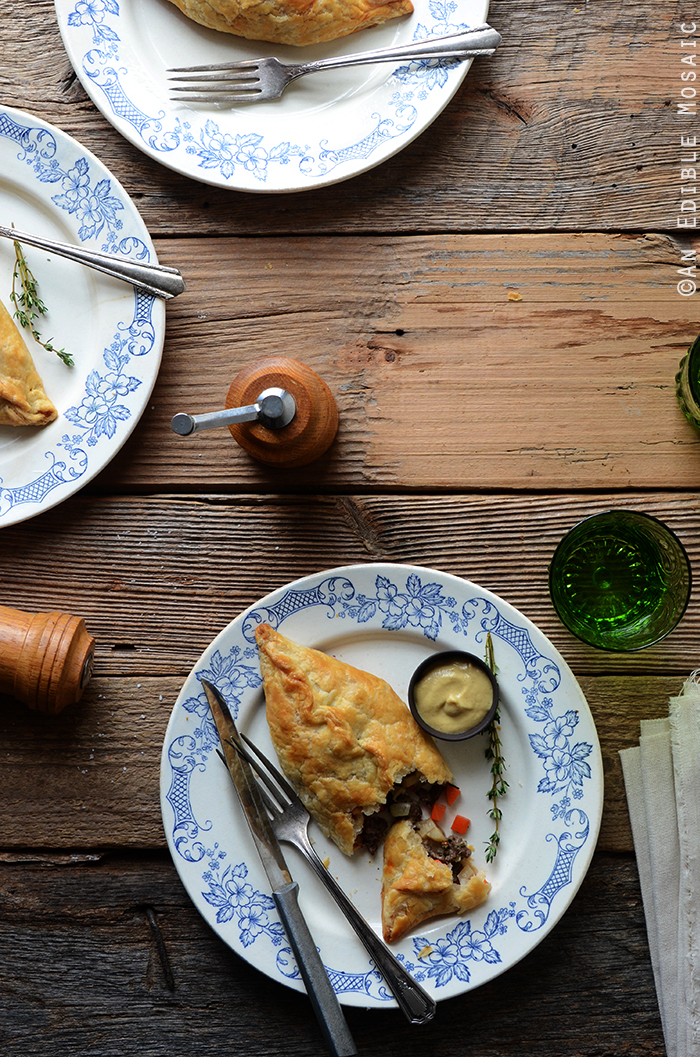 It’s hard to put into words what it is about Downton Abbey, but that show is seriously addictive. Maybe it’s the costumes that were à la mode back in the day. Or maybe it’s the setting. (Who wouldn’t want the chance to snoop around a huge manor and visually take in the breathtaking English countryside?) Or it could be the fancy accents, the complex character development, or even the food. (Mrs. Patmore looks to be one heck of a cook!)

Whatever it is, if you’re anything like me, you’ll be hooked by the end of the first episode you watch. With the 5th season airing on Sunday, I had to make some British fare to celebrate!

What is a Cornish Pasty?

Cornish Pasties are basically hand-held meat pies. The typical meat and vegetable filling usually contains beef, potato, swede (aka rutabaga), and onion. It’s seasoned with salt and pepper and cooked in a shortcrust pastry. The raw filling (yes, raw meat!) is placed in the center of a raw pastry circle. The dough is folded over, wrapping the filling, and the edge is crimped to seal the pasty.

As the story goes, they were a hearty, portable, and cheap lunch for mine workers in Cornwall. Pasties were eaten by the poor working class, so they’re something you’d find in the servants’ hall downstairs rather than the family’s dining room on Downton Abbey. But they are absolutely delicious and pretty perfect for munching on while watching TV. (You can read more about pasties on Wikipedia.) 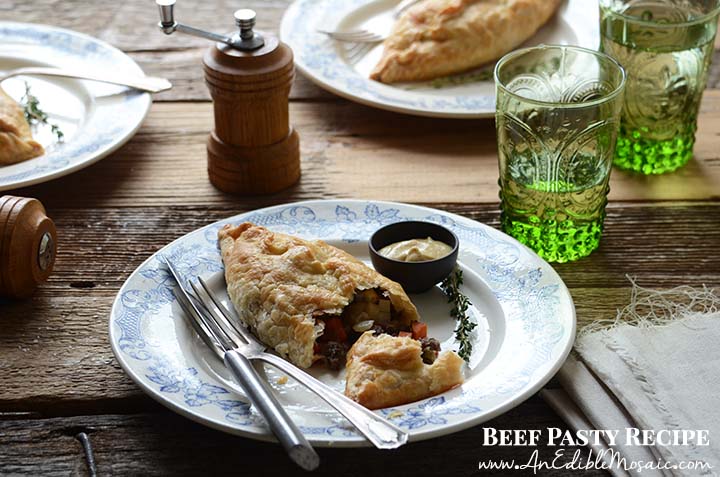 The first time I had pasties was in London, so I was lucky to get to enjoy authentic Cornish Pasties.

I sampled a traditional pasty with beef, potato, and onion simply seasoned with salt and pepper in a gorgeously golden pastry. I also tried a couple modern flavors: a Chicken Tikka Masala Pasty, as well as a bite of my friend’s Philly Cheesesteak Pasty, and a bite of another friend’s Potato Leek Pasty.

As you can imagine, no matter the filling, pasties are wonderful comfort food.

What Type of Pastry Are Pasties Traditionally Made From?

According to the Cornish Pasty Association, traditional Cornish Pasties have a shortcrust pastry that’s made with a combination of lard and butter. 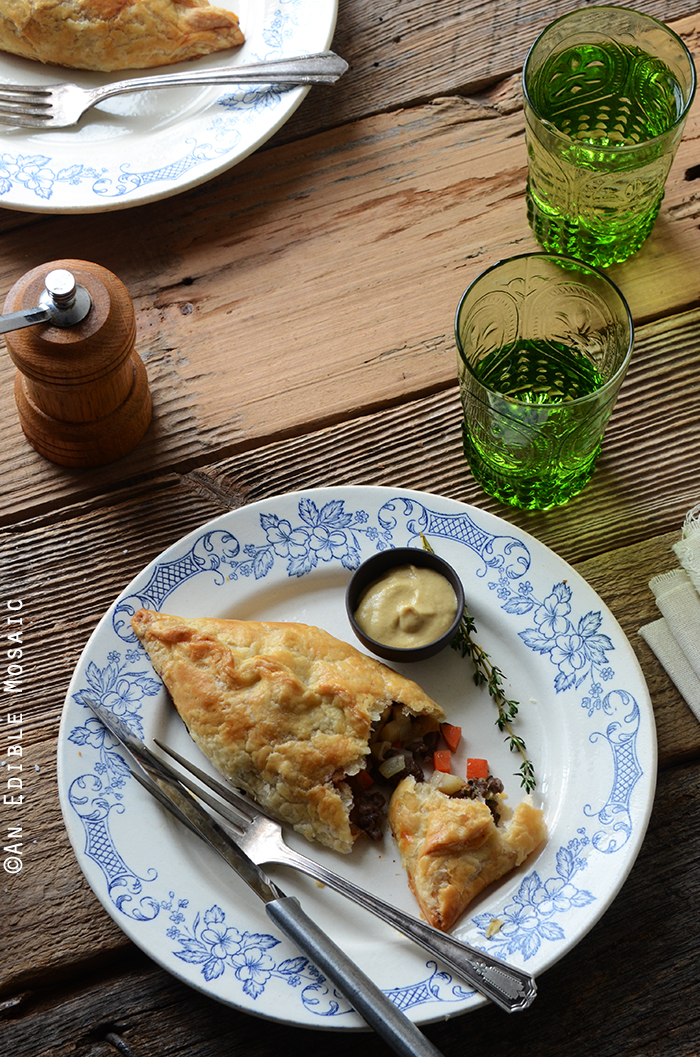 My Beef Pasty Recipe isn’t authentic! But it sure is delicious, and easier to make than you might think.

I don’t eat pork products, so I skipped the lard in the shortcrust and made an all-butter pastry crust. The flaky golden butter shortcrust encompassing the savory filling is absolute perfection!

For the filling in my Beef Pasty Recipe, in addition to beef and onion, I added carrot, parsnip, fresh rosemary, fresh thyme, and Worcestershire sauce for seasoning. (I love the flavor of Worcestershire in Beef Pasties!) As long as you keep the amounts the same, you can swap out the carrot and parsnip for any veggies you like, such as turnip or potato.

What to Serve with Beef Pasties

Well, technically a pasty is a portable full meal in itself! However, if you want to serve something with them, here are a few ideas: 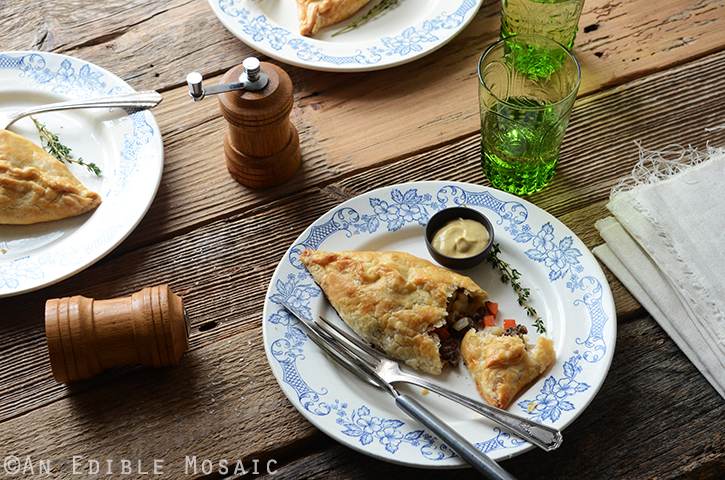 To Assemble the Pasties:

To Bake the Pasties: 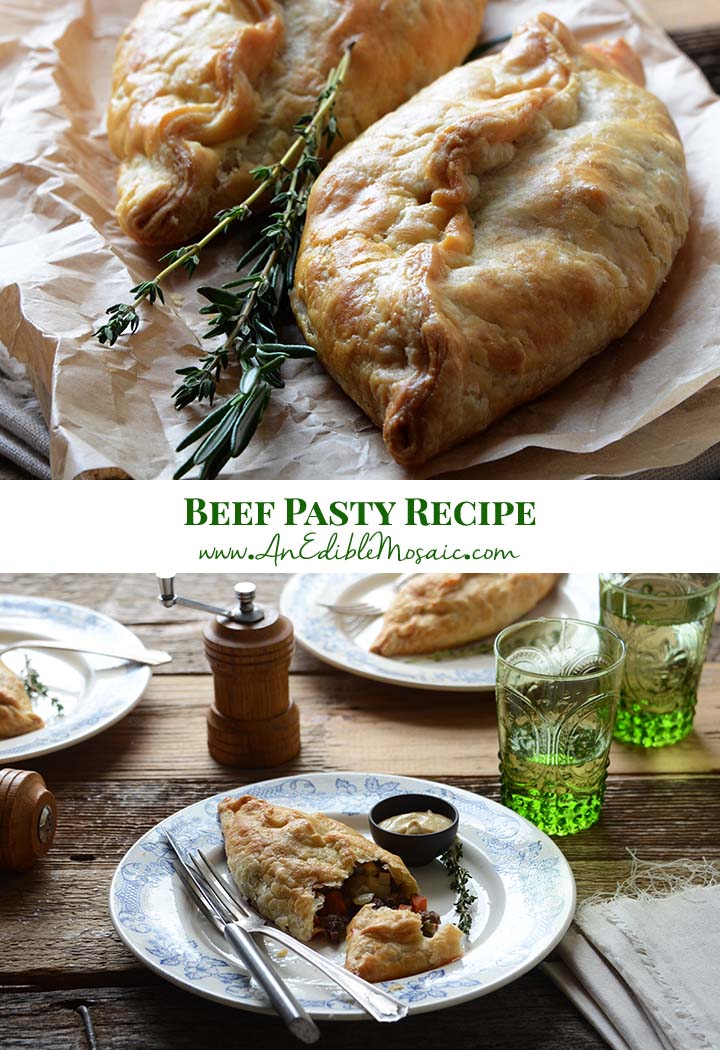 This post was first published on An Edible Mosaic on January 1, 2015. It was updated with more information on March 16, 2020.