This Keto Pierogi Recipe makes perfect pierogies; crispy outside, chewy inside, stuffed with a savory mushroom filling. Top them with onions fried in butter, sour cream, and fresh dill! 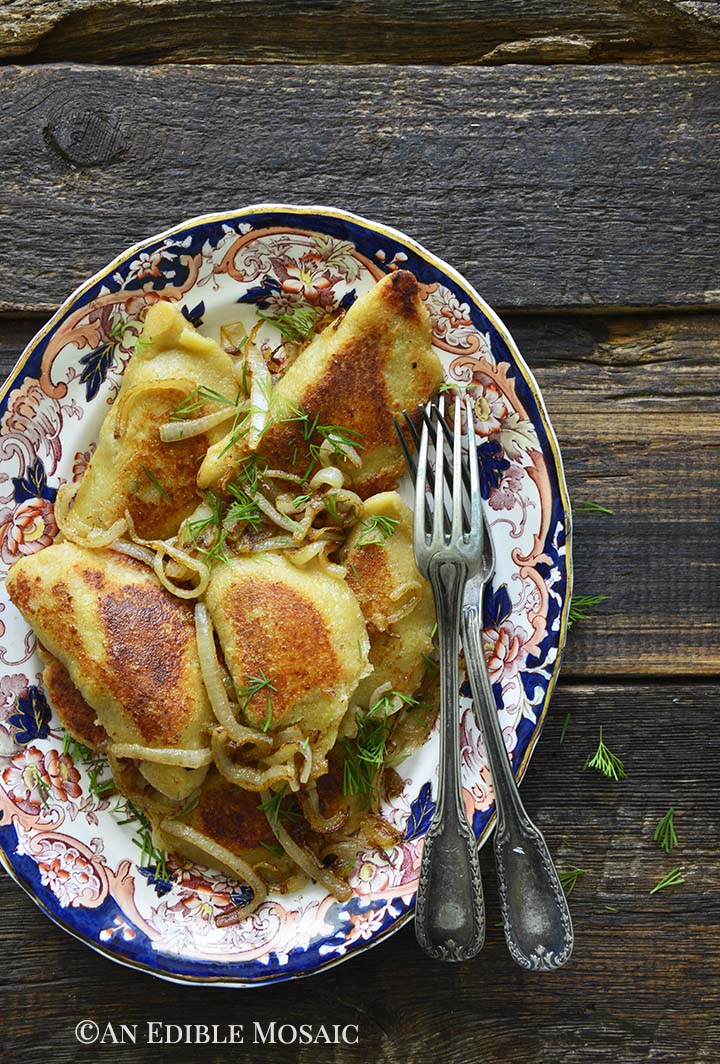 Lately I’ve had a serious craving for pierogis. Up in Buffalo, you can get amazing thick, cheese-filled pierogies from the grocery store (Wegmans, I’m looking at you, lol).

I typically cook them in a cast-iron skillet with a knob of salted butter and a good splash of water. I cook them with the pan covered for about 5 minutes to cook the dough, and then I uncover the pan. As the water evaporates, the pierogies crisp in the butter. Served with onions fried in butter and a dollop of sour cream, they’re pierogi perfection. 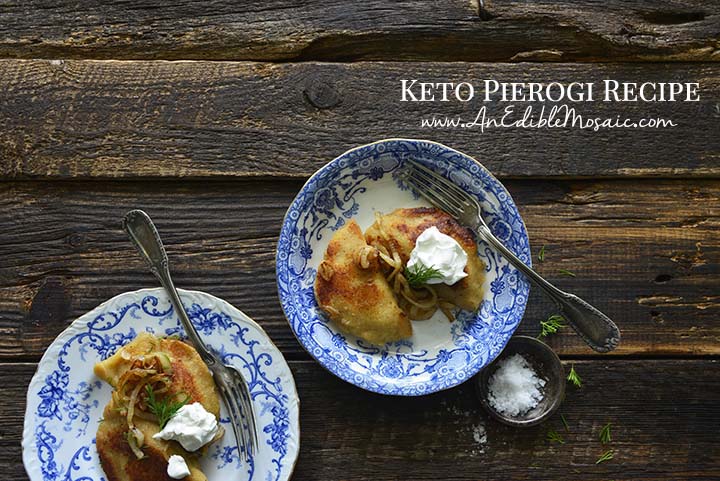 But there are two issues with that: 1) I can’t find good store-bought pierogis here in Florida (Wegmans, when are you coming to Tampa?!), and 2) of course they’re not low carb.

So, I decided to make keto pierogies! 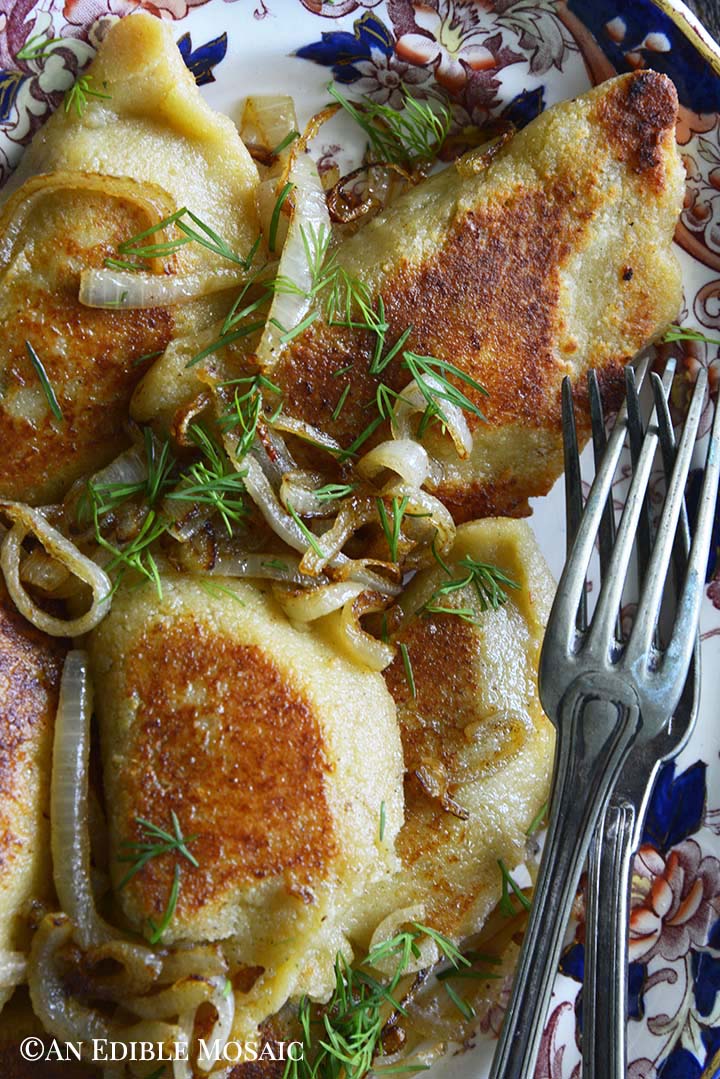 The end result are keto perogies that are crispy outside and chewy inside. I made a savory mushroom filling, but you can play around with fillings. I want to make cheese keto pierogies next.

And of course I topped them with onions fried in butter and a dollop of sour cream! Because is there any other way to eat a pierogi?

How to Make Keto Pierogies Video

I didn’t reinvent the wheel here, friends. I had inspiration from two places.

Firstly, I got the idea to use fathead dough to make pierogies from I Breathe I’m Hungry. Secondly, I made a couple tweaks to my recipe for Pizza Dough from the Keto Bread cookbook that Lara Clevenger and I wrote.

I used a garlicky, cheesy mushroom filling here, but you can play around with filling ideas. I want to try farmer cheese next! 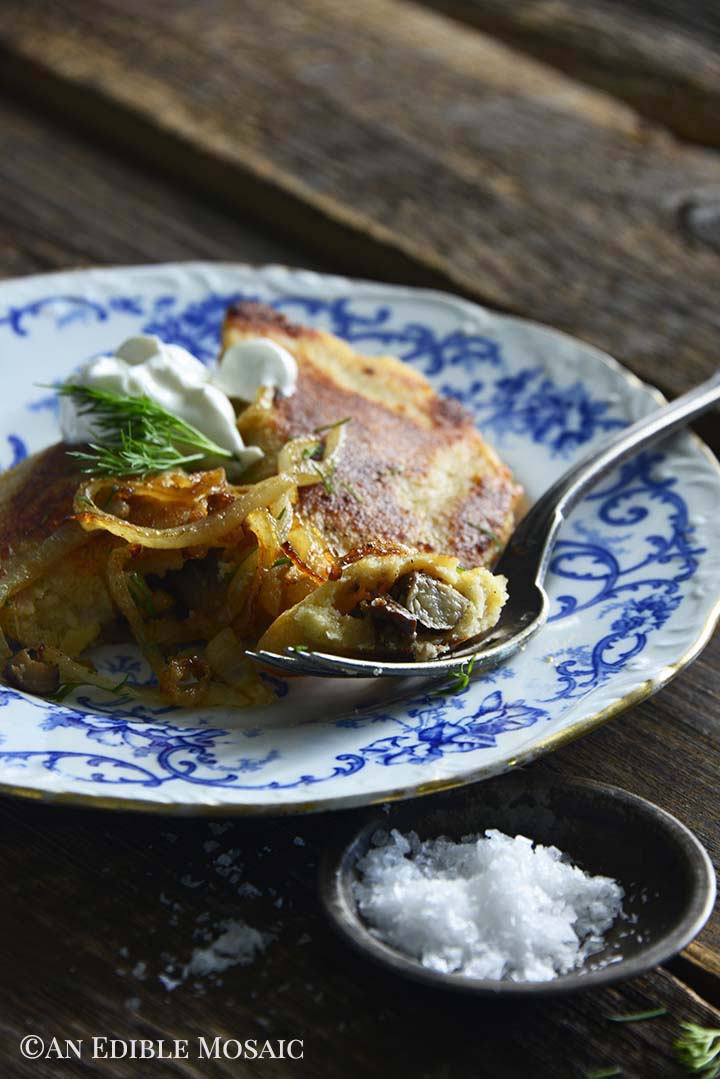 What to Serve with Pierogies

I have you covered if you want to find delicious perogi toppings or if you’re looking for side dishes to serve with pierogies to round out the meal! 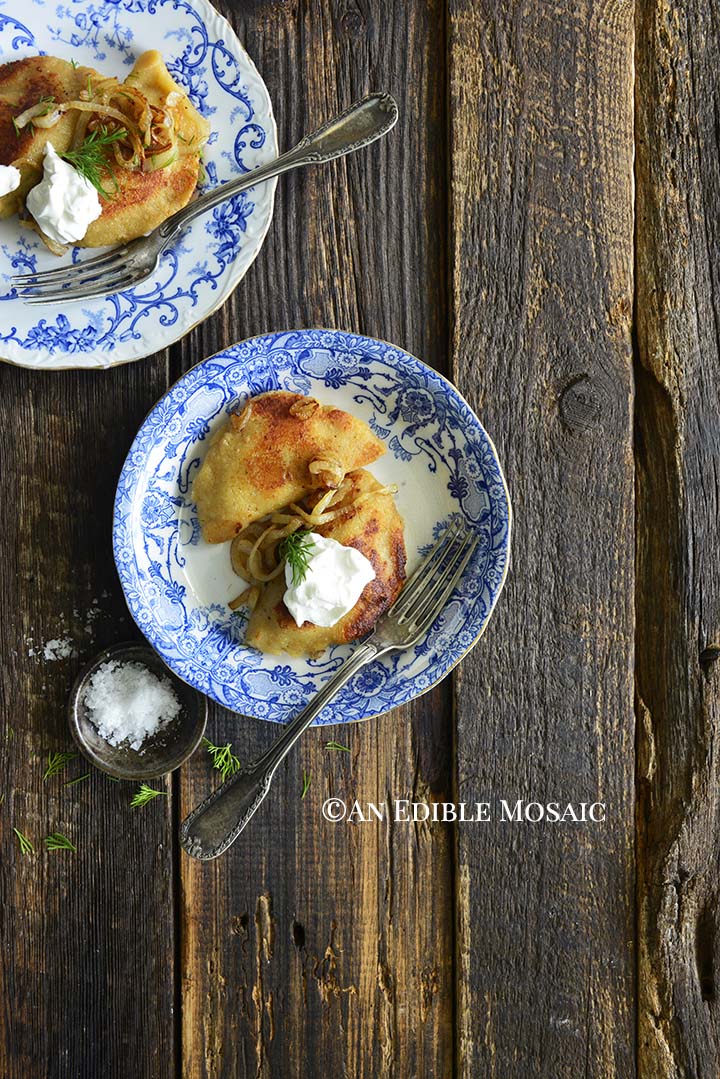 Side Dishes to Serve with Pierogies: 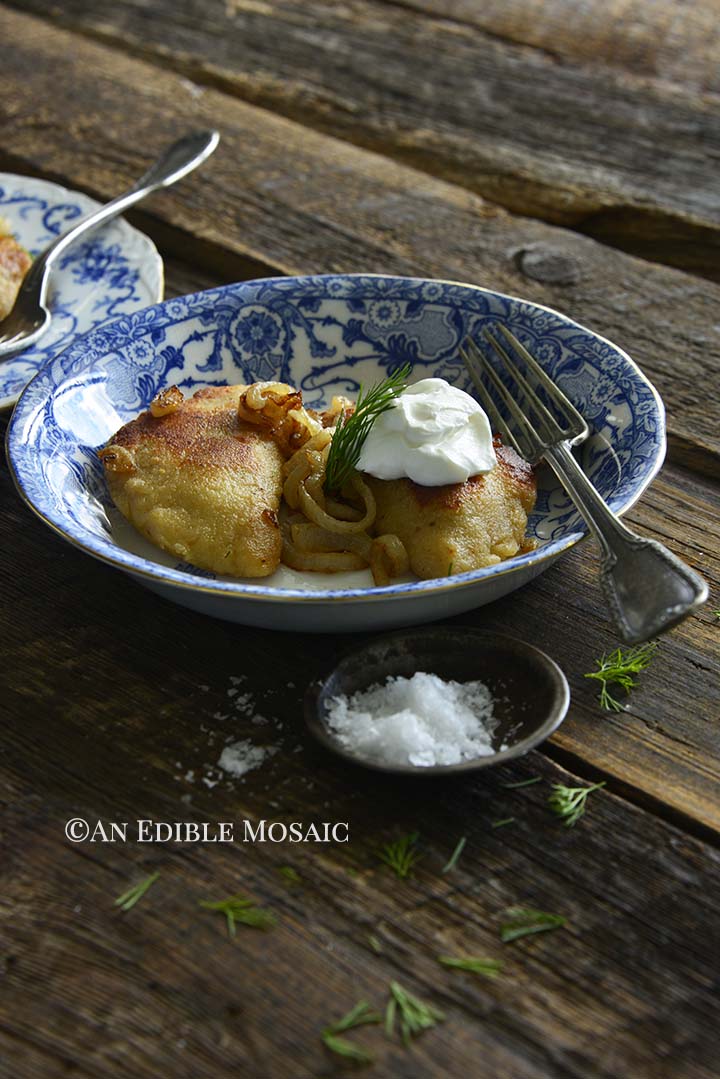 Do You Have to Boil Pierogies Before Frying Them?

Generally, pierogis need to be boiled to cook the dough before they’re fried.

However, these keto pierogis do not need to be boiled first.

There are two reasons why these pierogies don’t need to be boiled: 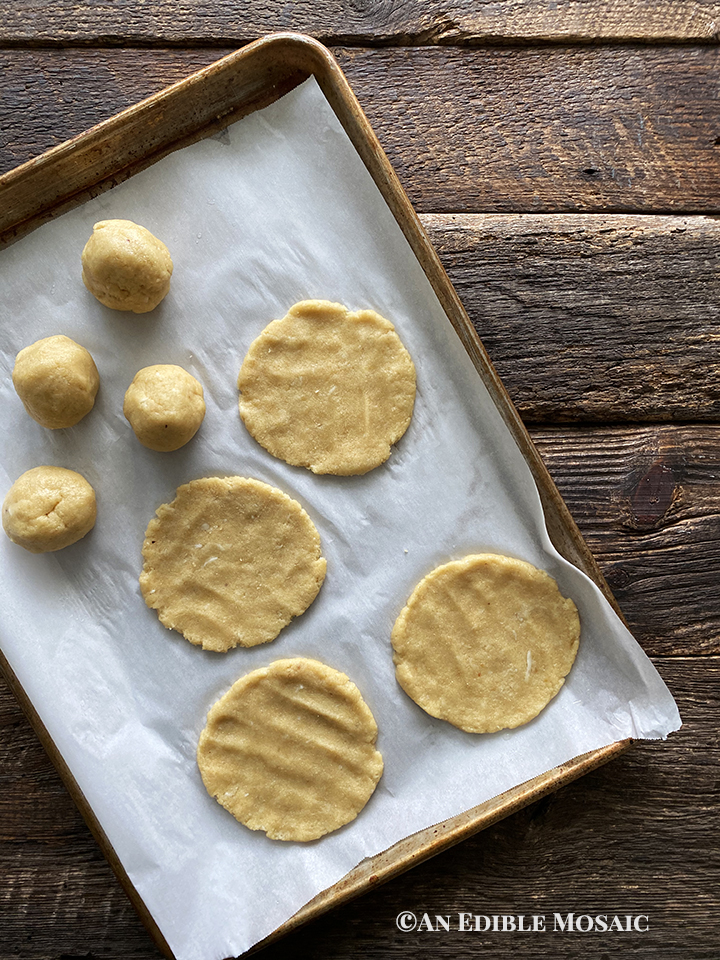 We’ll use fathead dough to make keto pierogies! Divide the dough into 8 balls and roll or press each out into a 5-inch circle. 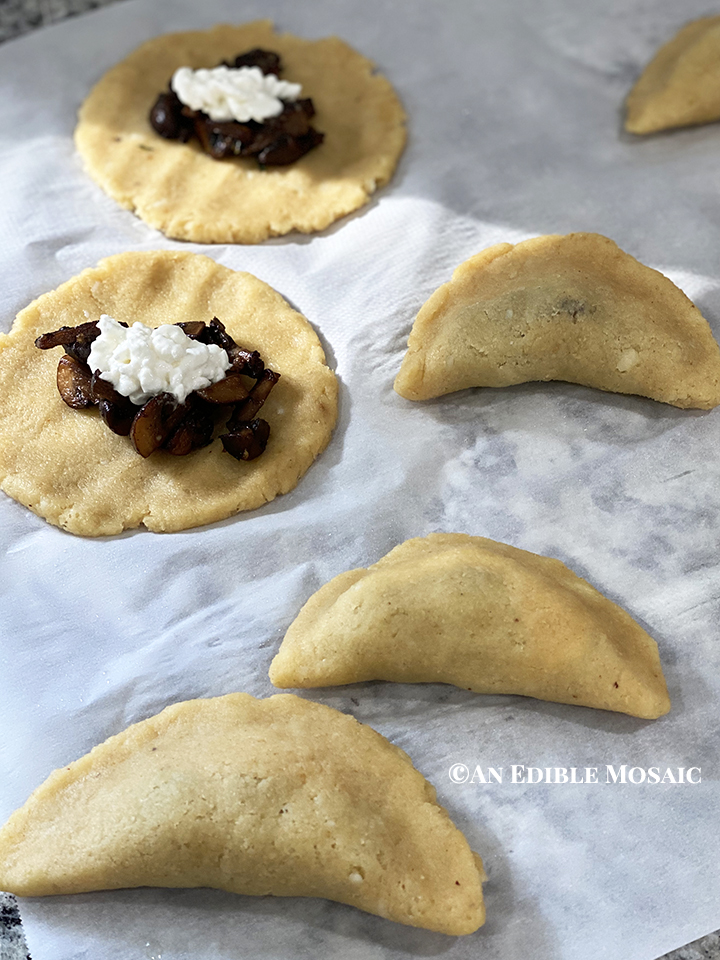 Once the dough is rolled out, place the filling on top and fold each circle over, lightly pressing the outer edge to seal.

More Keto Recipes That Use Fathead Dough That Aren’t Pizza: 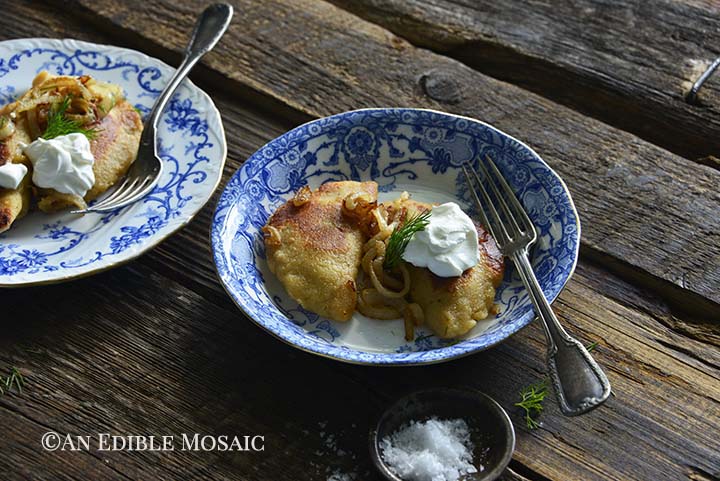 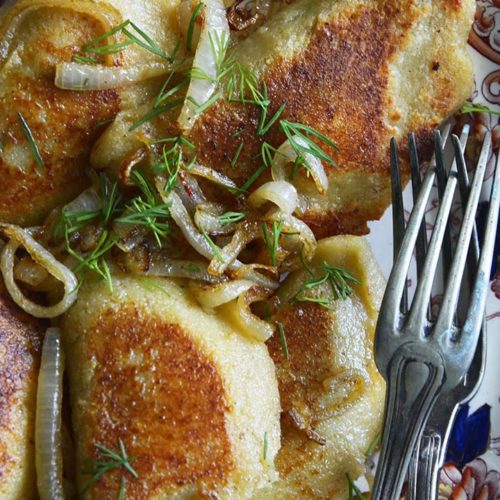 For the Mushroom Filling:

To Cook the Pierogis and Onion Topping: 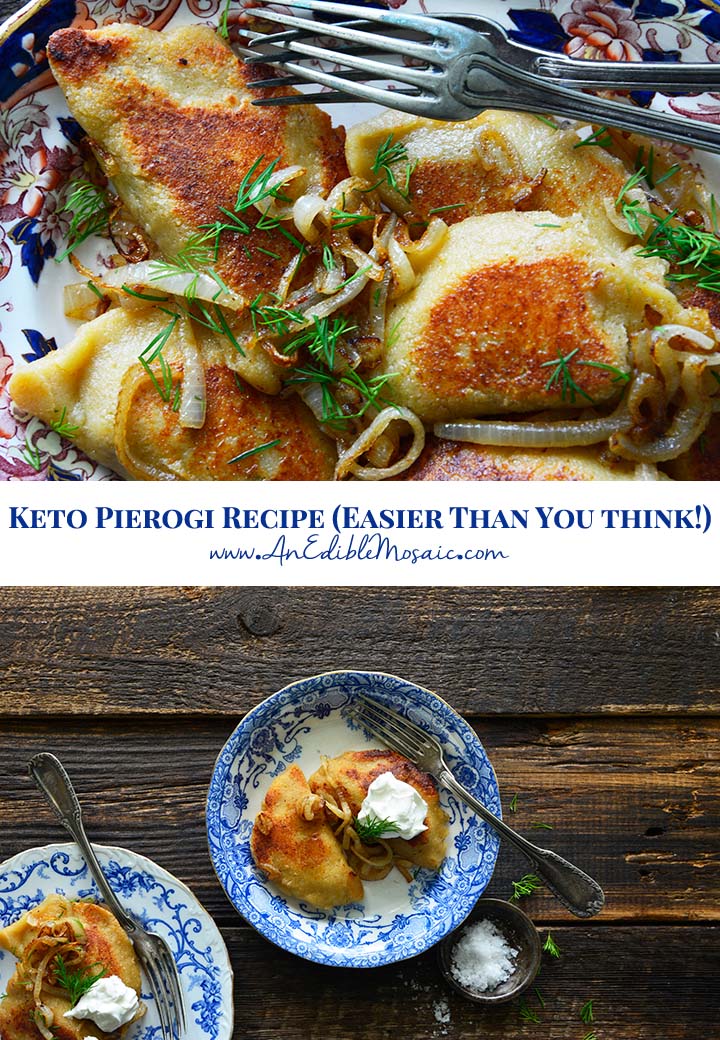