Fun and festive Patriotic Cheesecake Parfaits made with fresh strawberries, blueberry sauce, and goat cheese-based cheesecake are perfect for the 4th of July or any summer party. 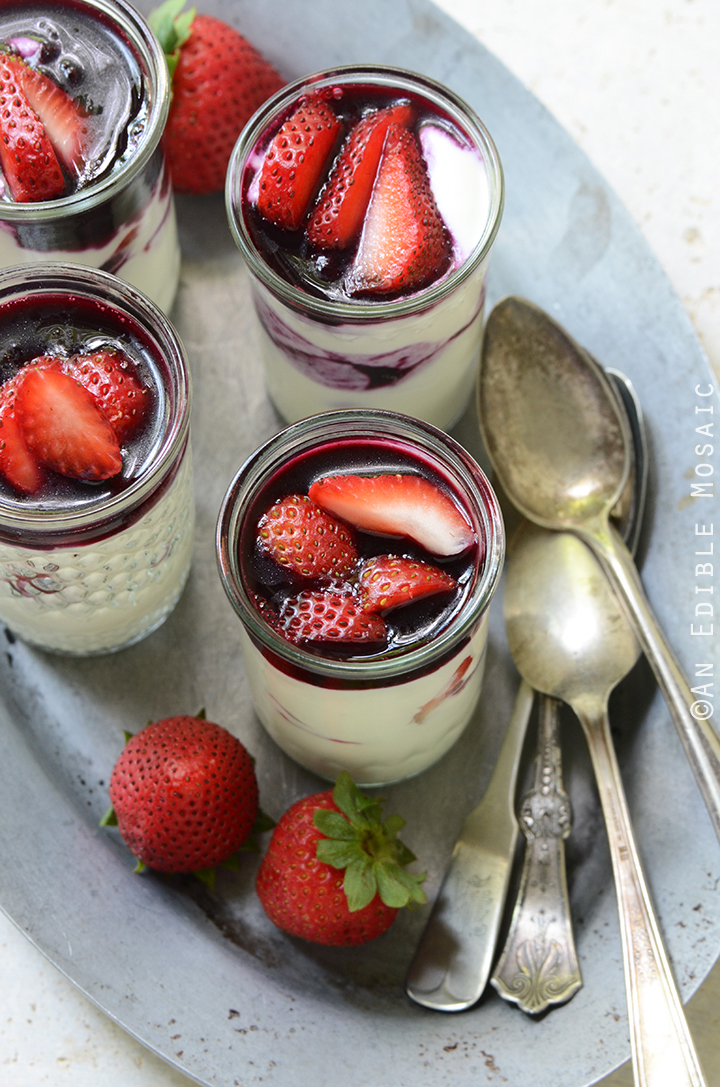 One of my favorite 4th of Julys was when I was about 20. I went to a carnival with a group of girls and we packed a cooler with food and drinks to take with us to watch the fireworks at a local town park.

That is, until two of the girls just up and decided that they suddenly hated each other and couldn’t stand to be in each other’s company for even another minute. Of course we all came in one car, so that was a bit of a problem. We ended up staying the night as planned, but I remember those two slinging a few sideways comments and idle threats at each other throughout the night.

At one point, I had to laugh when Angry Girl 1 took two other girls with her and fast-paced it to the car, leaving me with just Angry Girl 2 to carry the very heavy cooler and several bags. Angry Girl 2 happened to be my workout buddy and she happened to know that her now-mortal enemy, Angry Girl 1, didn’t workout. When I complained that the cooler was heavy and we could use a little help, Angry Girl 2 said (loud enough for Angry Girl 1 to hear), “It’s ok…at least we workout…we got this!” That elicited a withering look from Angry Girl 1 to Angry Girl 2, and a good chuckle for the rest of us. 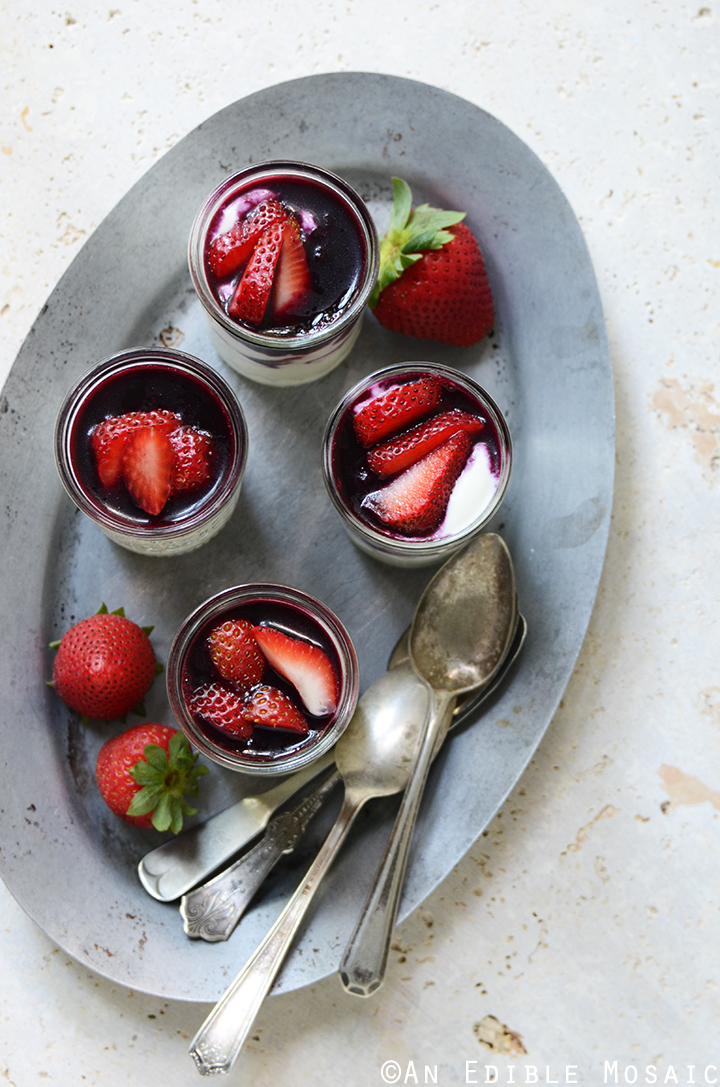 It might sound like a spoiled evening, but in reality, it provided some funny memories of girls being girls, as they are prone to do. If only every Independence Day were so amusing.

If you’re looking for something red, white, and blue and just a little different to serve for your 4th of July party, my Patriotic Cheesecake Parfaits are perfect. I used goat cheese in this recipe because I had it on hand, but you could use 8 oz of cream cheese instead for a mellower flavor with less tang. I happen to like that twinge of tang, but it is definitely more of an adult flavor, so if you’re making this for kids too, using cream cheese instead is definitely something to think about.

Cheers to a lovely patriotic dessert! 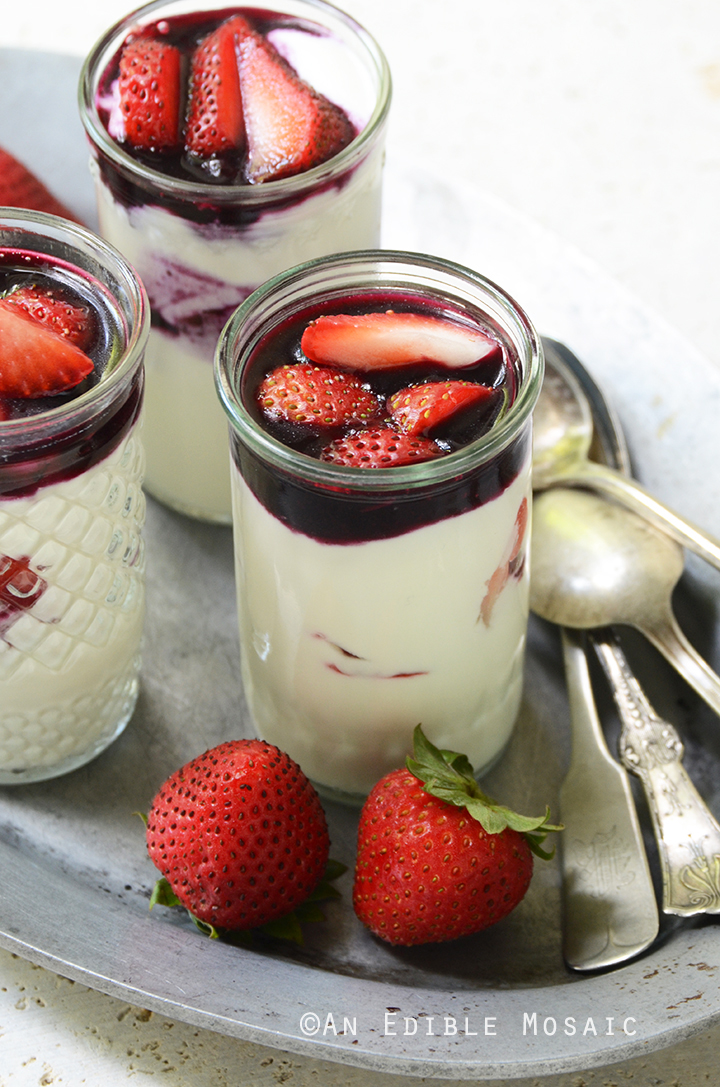 Here are a few more red, white, and blue desserts for your 4th of July party:

Birthday Cake Pie with Chocolate Mousse and Berries from FoodieCrush 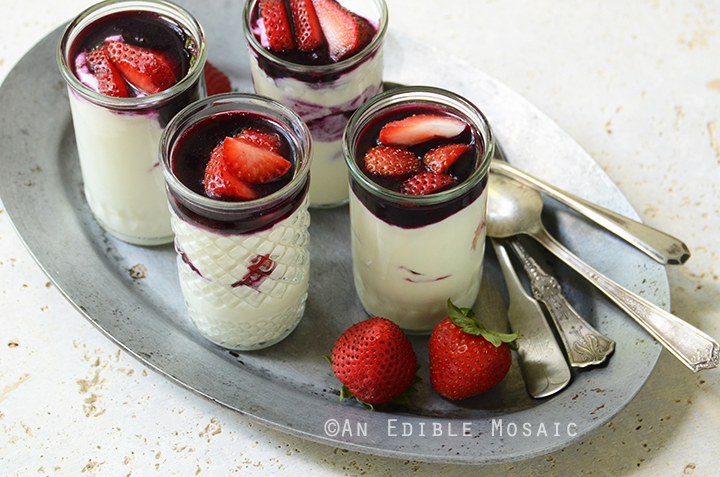