A really great Pimento Cheese is one that’s balanced in flavor with a creamy sauce with a bit of tang, a hint of spice, sweetness from pimentos, and laden with cheddar; it’ll keep you coming back for “just one more taste” time after time! 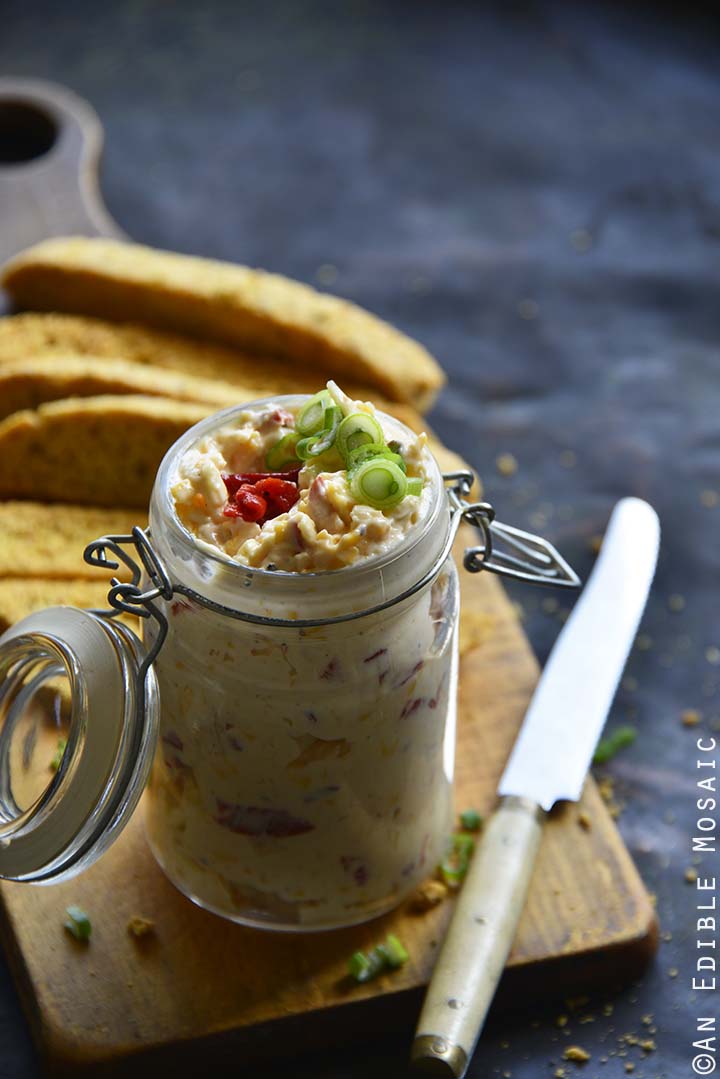 The first time I ever had pimento cheese was at Publix when I first moved to Florida for law school years ago. It was a somewhat gloopy-looking combination of a couple different colors of shredded cheese mixed in with a white-ish sauce, studded with bright red flecks of pepper. Even though pimento cheese isn’t the prettiest thing, I was hooked after just one bite.

I’ve made several homemade pimento cheese recipes throughout the years, but this version that I came up with is without a doubt my favorite. In it, I use a combination of mayo and cream cheese, two kinds of cheddar, piquillo peppers, a little bit of garlic powder, Frank’s RedHot sauce, and fresh lemon juice for flavor. Try it and see if it becomes a favorite for your family as well! Store-bought pimento cheese will become a thing of the past.

What Goes Into Pimento Cheese

According to Serious Eats, when pimento cheese first became a thing back in the early 1900’s it was mainly cream cheese and pimentos. And get this…it’s from New York, not the south (shout-out to my home state for such a delicious invention)! Supposedly, after WWII the south took pimento cheese and made it their own, and in the process, made it a southern institution. 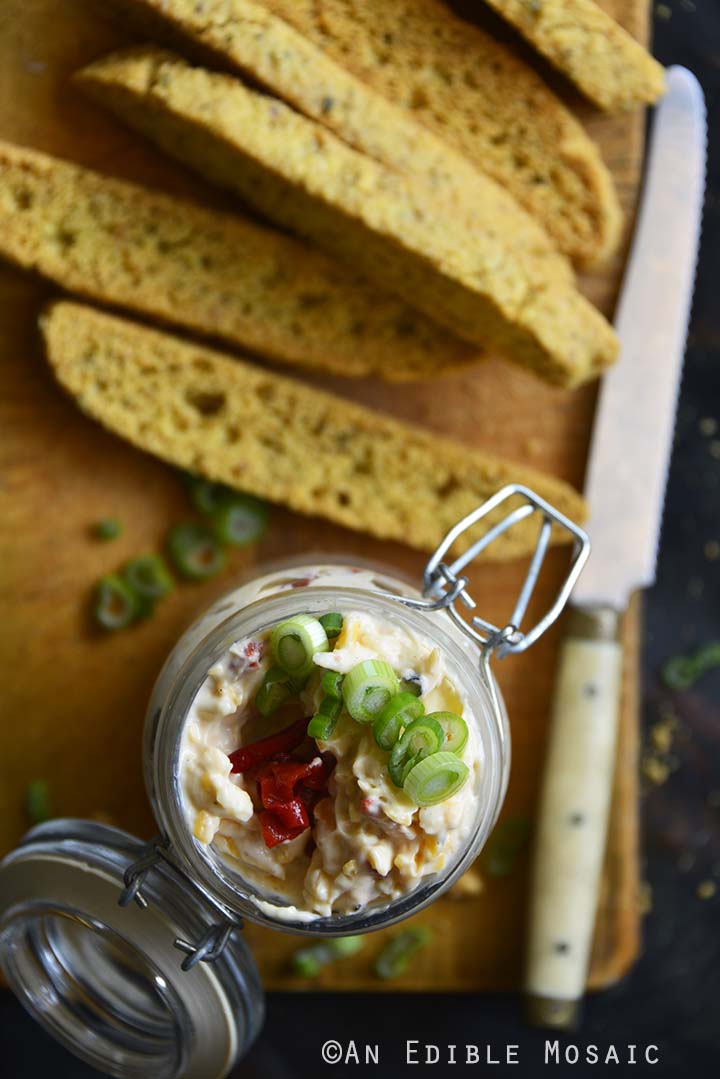 What is a Pimento and What Does it Taste Like?

A pimento, also called a cherry pepper, is a type of chili pepper. Most pimentos are sweet, but they range in heat with some being moderately spicy. They have a more intense flavor and aroma than red bell peppers.

What Are Piquillo Peppers?

Piquillo peppers are a type of chili pepper with little to no heat. I find roasted piquillo peppers to be very sweet and delicious, with a subtle complexity and richness from smoking. According to Wikipedia, piquillo peppers are traditionally grown in Northern Spain; they’re hand-picked, fire-roasted, peeled, de-seeded, and then packed. Piquillo peppers are about 7 cm long and have a beak-like shape. I find that they have a slightly “meatier” bite to them, so to speak, than other types of roasted peppers. 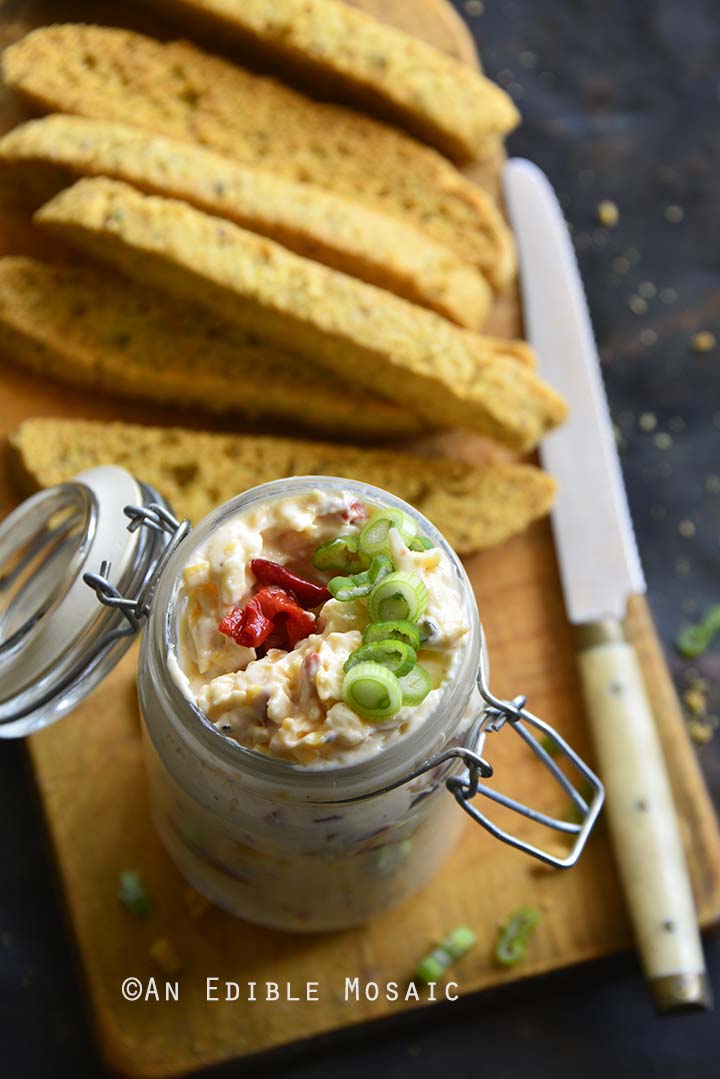 The Difference Between Pimento and Roasted Red Bell Peppers

Can I Use Pimentos, Roasted Red Bell Peppers, and Piquillo Peppers Interchangeably?

When making pimento cheese, yes, you can use pimentos, roasted red bell pepper, or piquillo peppers. Each will have slightly different flavor nuances, but overall the dish won’t suffer because of it.

Personally, my favorite in pimento cheese are piquillo peppers because I love their slightly more intense flavor and richer texture.

How to Use Pimento Cheese 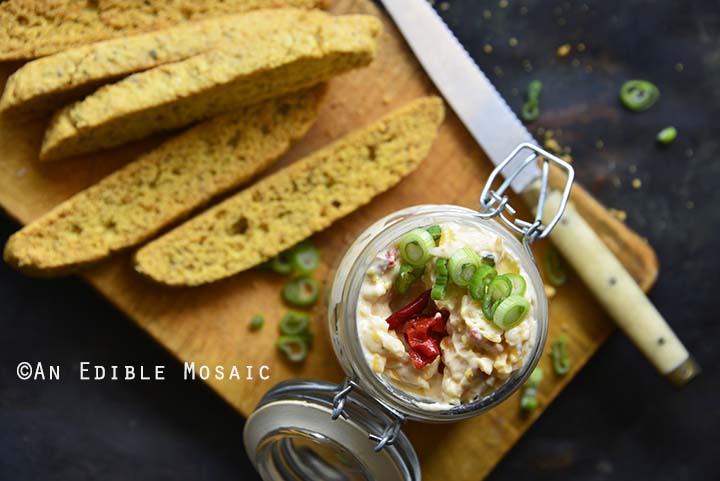 Print
Pimento Cheese
Author: Faith Gorsky
Prep time:  15 mins
Total time:  15 mins
Yield: About 2 cups/8 servings
A really great Pimento Cheese is one that’s balanced in flavor with a creamy sauce with a bit of tang, a hint of spice, sweetness from pimentos, and laden with cheddar; it’ll keep you coming back for “just one more taste” time after time!
Ingredients
Instructions
Notes
Make Ahead: Pimento Cheese should stay fresh for about 3 to 5 days stored covered in the fridge.
3.5.3240